A Form of communication between people

Marriage is considered to be one of the most important forms of communication between people, and a real connection for culture and social exchange between them. In addition to marriage between races, nationalities and roots is a motive to improve the human relations and anthropology. Mixed marriage has a strong effect in the social and cultural structure, this effect leaves...
2017/10/15

Marriage is considered to be one of the most important forms of communication between people, and a real connection for culture and social exchange between them. In addition to marriage between races, nationalities and roots is a motive to improve the human relations and anthropology. Mixed marriage has a strong effect in the social and cultural structure, this effect leaves several embassies with in this person making him a multi ambassador and a representative to different cultures and environments.
Through this porter, we would like to shed the light on the stories of Libyan women in their 20s who have wed foreigners, as we address the big elephant in the room in our society. The reason behind the disapproval of them and their children is still unknown until today.

A question for Racism

The civil issues are mixed with the old portrait that confirms that the people on earth are complex mixtures, race or nationality never stood in the way between couples before. Malak is requesting the Libyan citizenship to her children and her husband aswell.
"Malak" is Libyan doctor and is married to a Syrian man who was born and raised in Libya; he studied in Libyan school, walked its streets and lived with Libyans side by side through peace and war that has broken out in the country. Today she shares her story with us with the difficulties that she faces being a Libyan woman who married a foreigner. These difficulties have formed a negative effect on her freedom and her relocation to the neighboring country with her family. Malak lives in Tripoli and faces that most difficult circumstances with her family in a serious attempt to adjust both socially and legally, all the while the Libyan Law stands against her, she is constantly thinking of her son who has no political or social rights in Libya whatsoever whether it’s now or in the near future, for its difficult for her to provide the social needs as well as the emotional and financial needs.
Being a non-Libyan makes it difficult for her and her family to travel or land a permanent residency outside of Libya or to travel to neighboring countries. She describes that life for foreigners in Libya gets harder by the day in terms of finding jobs, where the local sector prefers to employ Libyans rather than foreigners without giving attention to the efficiency, and this opposes to the foundation of employment worldwide. In which her husband has applied for many Job offers in Tripoli but management more often decline him in terms of the constrains of employing a foreigner is higher than employing a Libyan. Malak like many Libyans married to foreigners faces difficulties in school registration with her only son which will be treated like a foreigner even though his dad was born in Libya, with that Malak’s family is still treated as foreigners and strangers to Libya.
The question that she writes in her diary daily remains, until when?
Until when will my son be treated as a foreigner in the country that he gives much love and appreciation to?

Geographical boarders never stood in the way of marriage, where the map of the world came together in Fatima Al-shreif’s story.
Fatima is a 24 year old who lives in Nordrhein-Westfalen, Germany, to a Libyan dad and a Moroccan Mother, where studied law for a short while affected by the social family status that faces most of her family members, but then switched to medicine as a personal choice. She left for Germany in 2010 on a journey that still is going on until today that led to her marriage to a German “Martin”, where she got the opportunity to start a family with multiple roots and cultures.  Fatima’s experience started from here, it was filled with individual debates from her mother and brother not accepting the idea even though she got her dads full support to choose her partner freely, and with that her families maintain to view this matter as non-negotiable.
As always mixed marriages through studies or work is non-existing within the society, however Fatima attempts to spread awareness through social media to the women that are married to foreigners in or out of Libya, to ask for their and their family’s rights and work on spreading awareness to the society that these experiences add to the society and does not take away from it. At the same time Fatima doesn’t see her German husband to be a foreigner she goes on to say that there are those who see women who are married to foreigners to be circus animals, you only watch them but can’t follow in their footsteps or take them seriously. She also says that the social challenges  that faces those who which to marry foreigners is very hard, some are faced with rejection and end their relationship with their parents, and many have experienced cursing as effect of being an outlaw, even to those who have wed Arabic Muslims, where families reaction is always aggressive without a good explanation, she also mentions that some families view it as pure shame on the society, and from this she sums up by saying that  there is no existence of a pure human race, we are all mixed races and religions, tribes around the world still has their ancestors variety genes.

Asma Khalifa is a 28 year old researcher and a Master’s student in the piece and struggle field. She studied in Turkey and was known in and out of Libya, where she met her Norwegian husband through their shared studies in the same field.  Asma couldn’t categorize their relationship at first, but gave herself time and followed a strategy she called “Smart” where she left her mother meet him and speak with him without knowing the status of their relationship, this strategy helped enormously in persuading and informing her how serious their relationship is. At first she hesitated informing the idea of marriage on her whole family and after a long hesitation things went smoothly as she only informed close family and left the rest to her mother.

Asma states that both of them are in good terms when in case of their beliefs and doesn’t see him as a foreigner even with the different wide cultural backgrounds between the two countries, she stated that it helped them through many obstacles and social barriers, in addition even though the Libyan government doesn’t approve of their marriage, these challenges helped with the success of her marriage with. This day, they are in Sweden under the United Nations law that supports and preserves their rights unlike the Libyan law that declines granting her husband or her future children the citizenship, and the Norwegian law that chains her freedom to go back to Libya and work.
Asma describe the patriotism laws of most countries to be old fashion and doesn’t go with life today. She also shared a message with the women who have wed foreigners or those who on the verge to, to not let society to choose for them, or limit their choices.

No personal life here, it belongs to the society so you can adjust with it and can’t be bypassed, it becomes an obstacle for you and your family. This is Amani’s story with her German Husband.

I will describe my experience to be very successful

That’s what Amani, a Libya student who was sent to Germany to study and lives a happy life with her husband says, she failed to persuade them and get their support in that time. Amani met her husband during her studies in Germany, she found his acceptance of her and personality and nature in him. They both shared the same language “Arabic” and Islam as a common interest that bought them together. When she was sure of the rejection of her family, she tried to keep their real relationship a secret, but she felt that it was a must to inform her parents and persuade them because she strongly believes that what she was doing was not against the law, after she managed to persuade her mother, she tried to support her a couple of times but her dad and sister remained an issue as they strongly believed that she was bringing shame to the family. From here on out Amani faced many challenges with her family to the point of bad communication due to the weight rested on her shoulders because of her marriage. This pressure has put a negative impact on her life and denied her the ability to carry children, scared of any response her parents might do.

Regulation 24 article 11 states that the children of the Libyan women who have wed foreigners are granted the citizenship, however this law is still frozen. 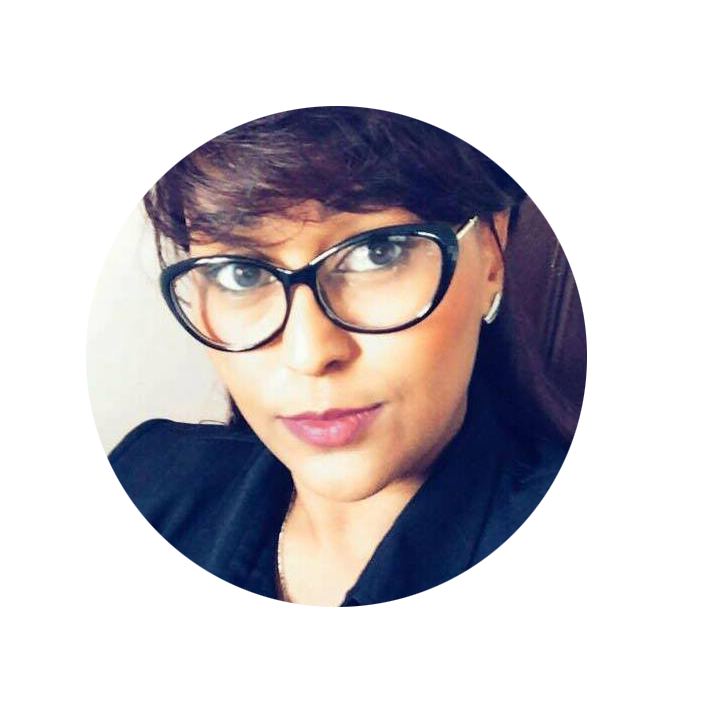 In an interview with “Khadijah abueishy” a lawyer and a legal adviser addressing this subject, she confirmed that regulation N 594 of 2010 established the necessary retrains to implement the article and made the subject of granting citizenship not mandatory, where she distinguishes between minors and adults of Libyan children.
The same regulation states that the mother is permitted to provide the required papers to grant her children citizenship, while adults are require the citizenship after their request in person and after the parents’ acceptance.
As for the financial obligations and the school fees, the Libyan law sees that the children of the Libyan women who have wed foreigners as foreigners and do not have the right to enjoy free education or free medical care, as well as citizenship and political participation, In exchange the law frees them from participating in public duties such as army duties.
In reference to protect the right of the Libyan women married to foreigners in her husband’s inheritance, she stated that the Libyan law does not allow foreigners to own estate and land, but can only own it for investment on a condition of a partnership with Libyan stakeholders, from this the wife can import the value of the husbands shares from the partnership according to its laws. She also added that an organization name “hakki” translated to “My right” for women in Libya that aims to spread social awareness that demand granting the citizenship and the right to the children, like the campaign held last march under the name “My mother’s citizenship is my citizenship” demanding lifting the constrains that address granting the citizenship according to claim the right of equality between citizens of both genders, this conflicts with providing the citizenship and raises gender discrimination.

Statelessness in Libya: How Belonging Became the Playing Field of the State

Does sexual harassment exist in the workplaces in Libya?

Postponed return! What Does the Home of the displaced look like?